Will you be going on a romantic trip to the capital of France? Ah, Paris… what is there to see, you might think. Let us suggest a place where you will get a unique and unforgettable experience. Cabaret Lido is one of the main places to visit in Paris. If you take a trip to the city of love, do not miss your chance to visit the Lido show in this cult entertainment venue. You will remember the show at Lido for the rest of your life as it is one of the most famous cabarets in the world. It is very popular thanks to its non-traditional vision of the art genre – the revue.

Many people wonder about the difference between Moulin Rouge and Lido Paris. The answer is simple - both shows deserve consideration. Moulin Rouge is the classics of the Parisian cabaret, while Lido will present to you a modern, contemporary show. Cabaret Lido is located in the very heart of Paris - at Champs-Elysées. After the show at Lido, you can dive right into the nightlife of Paris. Our blog will tell you about Lido in Paris, Paris Merveilles show, what to expect from the Lido show, how to buy tickets to cabaret Lido show in Paris, and much more. 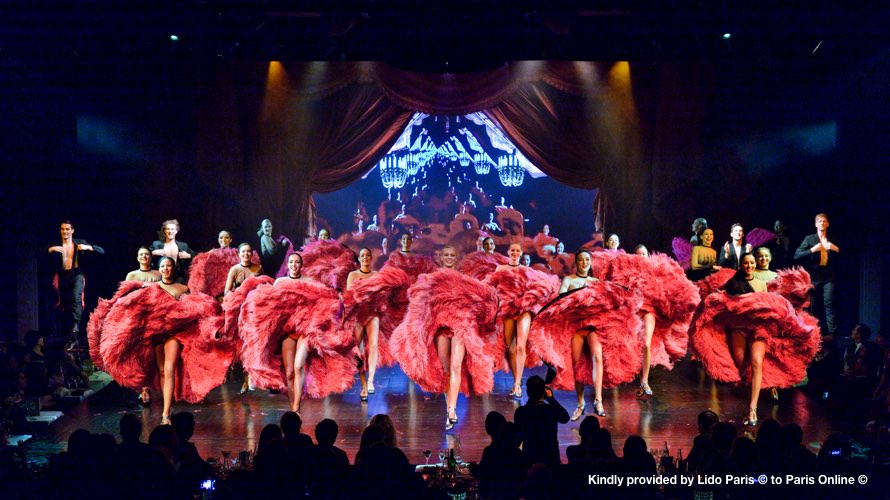 Tickets to Lido show in Paris

It’s best to purchase tickets to Lido in advance.

We also recommend considering an option that includes a dinner and a show, with dinner starting at 7 pm. The prices vary depending on the dinner menu. We highly recommend choosing an option with the dinner – the food is just excellent, Lido offers exceptionally delicious and exquisite French culinary masterpieces. We at Paris Online know this firsthand and would never recommend it if were not so. 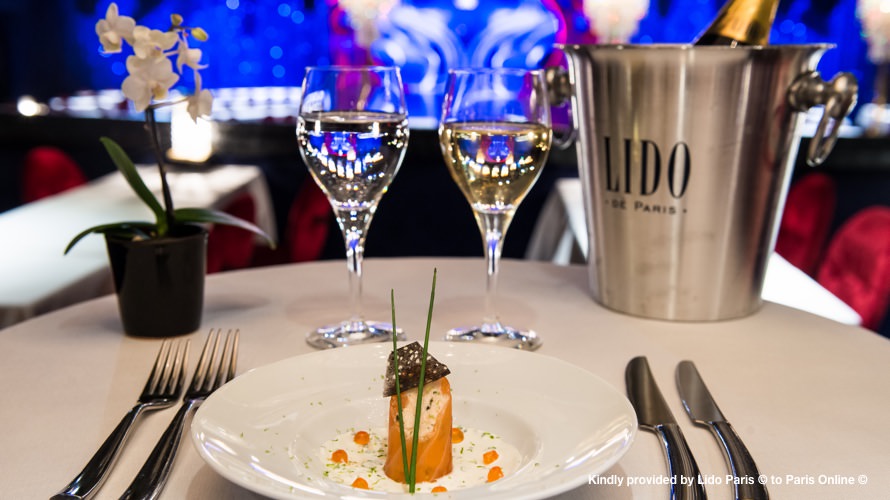 If you or your special someone is having a birthday, make it an evening to remember at Lido. There is a birthday celebration at Lido type of a ticket. When buying such option, you will enjoy premium seating, Champagne aperitif, a choice from 3 appetizers and main dish options, a birthday cake, ½ bottle of wine or ½ bottle of champagne for each guest during the show, water, coffee or tea, and a souvenir photo.

To get details and information about the Lido show in Paris and to purchase tickets, please visit Paris Online. The below prices are in Euro and are valid at the moment of blog publication. The prices are subject to change. If you prefer to pay in another currency, you can do so by choosing the currency of your choice after you click on one of the links below. 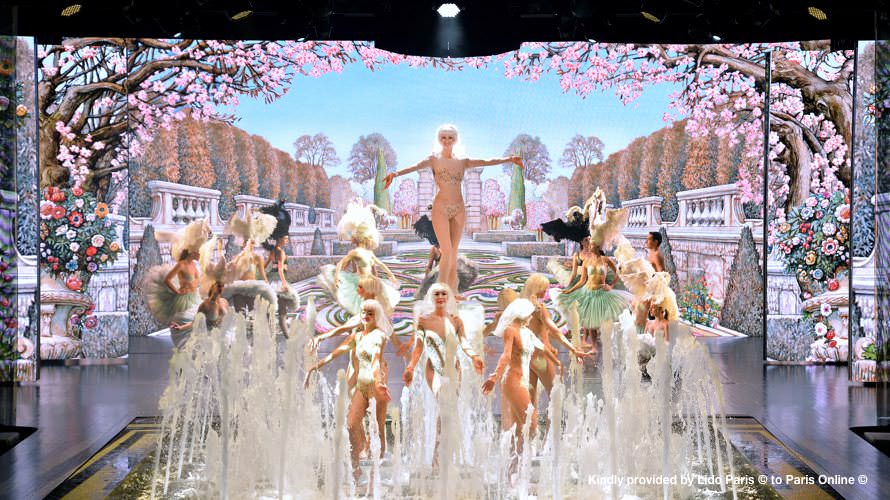 Okay, what is the show at Lido? Many wonder, what is so unique about this cabaret in Paris. The show at Lido has a romantic name — Paris Merveilles (The wonders of Paris). There are several numbers, all are connected through one storyline.

The show duration is a little less than 2 hours, approximately 1 hour and 45 minutes.

The creator of the Paris Merveilles, Franco Dragone, is also the artistic director of the show. Dragone became well-known for directing the most prestigious shows in America and Asia, opera and ballet productions in Europe and for being in charge of the opening and closing ceremonies of major sports events. He has studied Lido cabaret history, its 26 previous revues, and then created a rare gem - Paris Merveilles. 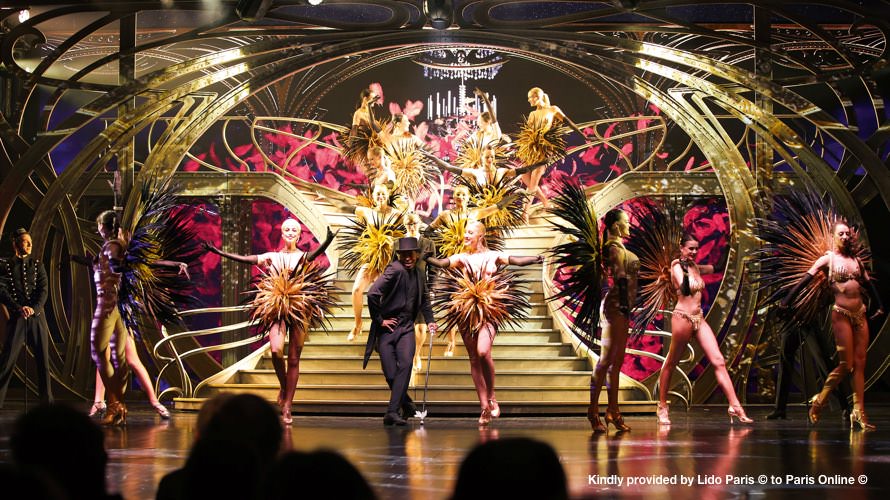 Adorning the Champs-Elysées for almost 70 years, the cabaret Lido trusted its new show to the skilled hands of Dragone, and the famous director seized an opportunity to completely change its 2000-square meter panoramic hall, remake the decoration of its lobby and turn it into the blue and gold realm, enhancing the effect it has on audiences. 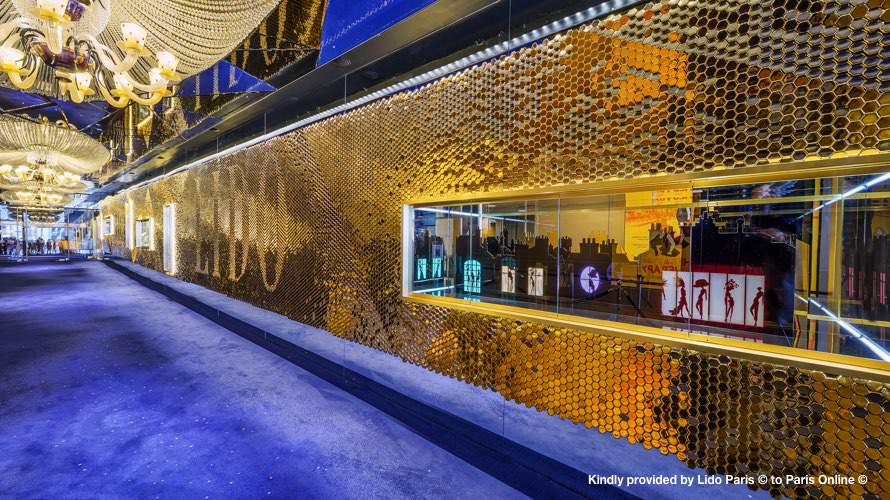 The entire staff got new uniforms, the menus expanded to receive additional items and new desserts, and the evening started with a unique animation accompanied by orchestra and magical sounds of music.

Dragone’s team conducted 500 auditions in Europe and the United States to select a new dance troupe of 32 young women including the famous Bluebell girls and 14 young men. After four months of intensive rehearsals, audiences were presented with a whole new vision for the art of the revue. As a reminder, the revue is a type of musical theatre that combines music, dance, and sketches.

“I come from a contemporary dance background, but I am a fan of the cabaret genre, so I didn’t hesitate to borrow the best of these two very different genres in order to invent a third one,” says choreographer Benoit-Swan Pouffer. As a result of this successful combination, there appeared cancan with pink feathers and black velvet skirts that also incorporated the elements of modern dance. 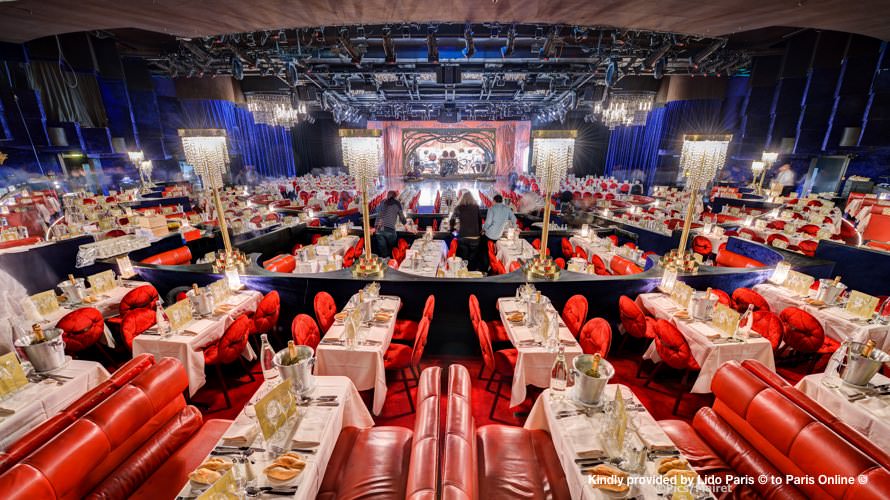 The main goal for Lido Paris was to make an unforgettable impression that required a unique blend of talents. As Franco Dragone likes to remind us: “attractions are at the heart of the tradition of the revue, but I have wanted to go further and make them part of the story we tell on stage.” Dragone brought forward new elements to wow the spectators. Now the show has a sword swallower, a hip-hop dancer, trained swans and many other numbers that will definitely be remembered by the guests of the cabaret.

For the first time in Lido’s history, a singer is at the center of the show. Manon, possessing an incredible mezzo-soprano, was chosen by Franco Dragone to join the revue (she became well-known in France after participating in The Voice in 2014 where she reached the semifinals). In order to fully showcase her talent, a variety of soundtracks were recorded going from swing to soul, and from jazz to romance. The composers were the Belgian singer Saule and Yvan Cassar, who collaborated with Mylène Farmer and Johnny Halliday. The music they created for the show is just as diverse as the lyrics.

This was unprecedented in the cabaret world. Franco Dragone created a revolution in this genre by giving to the world the gift of Paris Merveilles. His famous approach of combining visual effects with the new-generation technology, topped with the new elements, resulted in an extraordinary show. To achieve this, he called Patrick Neys, who started his career working with Dragone, and had him bring the technological perfection to the show. Franco also invited the video team to collaborate on the revue, who had worked with Dragone on past shows. Poetic and dramatic images accompany the performance, filling the space and making it infinite. Five huge LED lights screens, the largest of which covers the back of the stage, and six different curtains help create an impression of an unforgettable magic with these animated projections. A staircase that leads to nowhere, the streets of Paris blossoming in front of our eyes akin to flower bouquets, a corridor going into depths of the stage – all these images transfer a spectator into the feeling of true celebration. 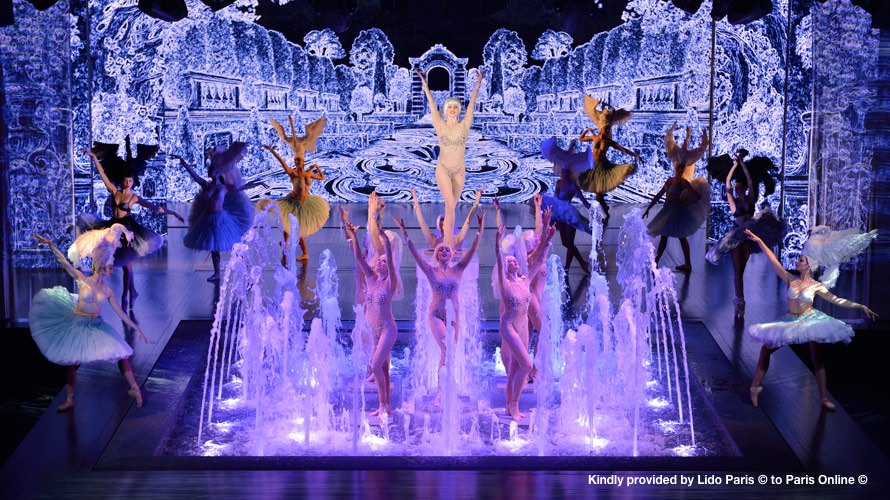 Famous set decorator Jean Rabasse took part in designing the show and, without a doubt, was faced with one of the most challenging tasks. To recreate a city and landmarks of Paris, even with a support of Dragone’s technical teams, was a challenge, even for someone who has been nominated for César’s award for his cinematographic work twice and who worked to design such prestigious shows like the Olympic Games ceremony. Rebasse easily conquered all the challenges and created the monumental staircase with its Art Nouveau spirals and 5-meter-high chandelier made with 40,000 pearls, reflecting the aristocratic and mysterious Paris.

A creation of 600 costumes, 250 pairs of shoes, 200 hats and caps for this new revue was entrusted to the young and talented Nicolas Vaudelet. All of the pieces were made in Dragone’s costume workshops in La Louviere. Nicolas, who previously collaborated with Jean-Paul Gaultier and Christian Lacroix, says that to design the costumes for a revue is the ultimate fantasy of every designer. Luxurious feathers, cascades of rhinestones glued one to another on dresses - more than two million pieces of those only for the blue scene – all this creates a sense of an exquisite luxury that you can’t take your eyes off. To enhance the effect, the usual outfits were supplemented with feminine tuxedos, dresses with optical effects and transparent accents. 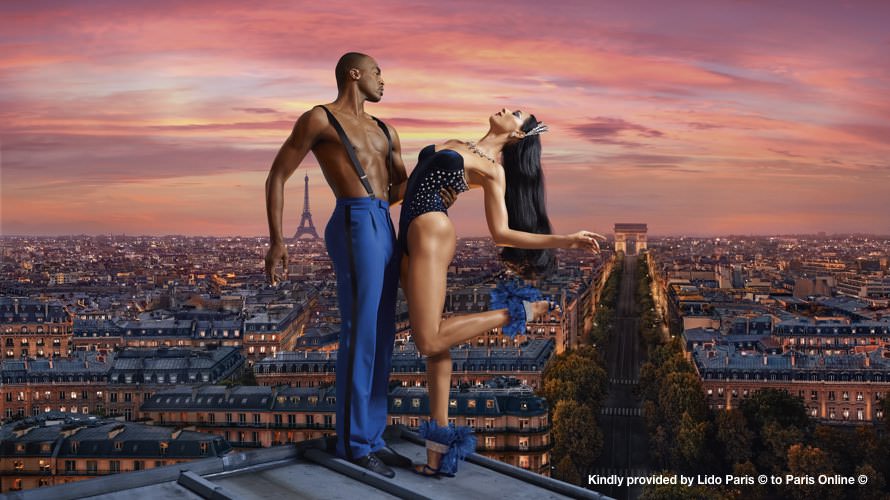 The show at Lido is a must-visit place in Paris. This Parisian cabaret will surely drive unparalleled emotions; and it is the spectacle that you will not see anywhere else.

You can check out the price of entry to Lido and see real-time ticket availability on Paris Online website. And yes, buy tickets to Lido Paris in advance so you never regret not diving into this world of emotions and luxury.

Paris and Lido are waiting for you!

What this blog is about:

The team of Paris Online shares their recommendations and impressions about Paris.